I recently learned that when you add cheese to a quiche it’s called Quiche Vosgienne! The name refers to the Vosges area in eastern France, near Germany. I love learning something new every day!

While I’m not a big fan of eggs, I decided to take the learning a step further by trying my hand at making the savory dish. Here is my interpretation of the simple and delicious meat and cheese French tart using a gluten-free crust. 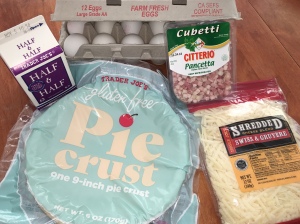 First, I thawed the gluten-free pie crust for 10 minutes. After poking the crust with a fork, I baked it for 15 minutes at 350°F. 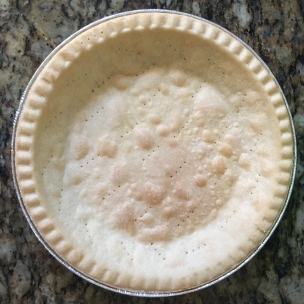 after
While the pie crust was in the oven, I mixed the following ingredients in a large bowl:

In a small, ungreased frying pan, I browned the pancetta, which I then drained on a paper towel. 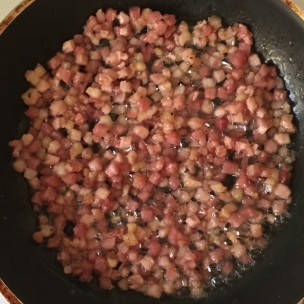 Next, I filled the blind-baked crust with a 1/2 cup of the shredded cheese blend:

I added the pancetta:

Then, I poured in the egg, cream, and salt & pepper mixture:

Finally, I topped it off with the other half of the shredded cheese: 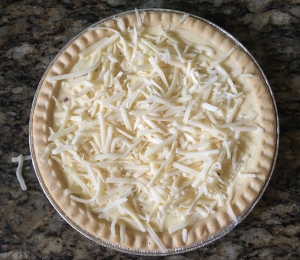 Here it is: a Pancetta & Swiss/Gruyère French tart in a gluten-free crust, my interpretation of Quiche Vosgienne!

One thought on “I Made Quiche Vosgienne”