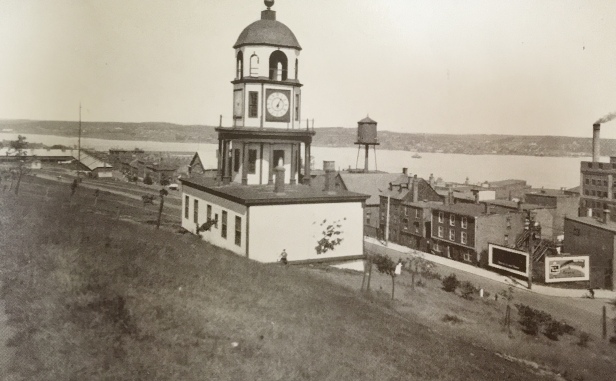 The landmark is also called the Citadel Clock Tower since it’s located on the grounds of the star-shaped Halifax Citadel National Historic Site that protected the Halifax Harbour from 1749-1906.

During World War I and World War II, Halifax was Canada’s largest and most important naval base.

On the morning of December 6, 1917, the SS Mont Blanc, a French ship carrying munitions, and SS Imo, a Norwegian vessel carrying Belgian relief supplies, collided, causing an explosion in the Halifax harbor. The Great Halifax Explosion of 1917 killed nearly 2,000 people and injured almost 9,000 others.

Until the next Wednesday Postcard, à bientôt!