“Your flight to Paris has been cancelled.”

These are words that Francophiles, like moi, never want to hear!

Due to Storm Dennis, my connecting flight from London Heathrow (LHR) to Paris was cancelled.

Think about the people who are experiencing strong wind, heavy rain, and flooding, or worse, my head says.

Yes, but my aching heart cries, Oh, c’mon! What a letdown!

In addition, LHR was experiencing technical issues so they put out large white boards to communicate flight information! Not a good travel day.

Because of severe weather conditions in the area, I had assumed other carriers were also grounding and canceling flights out of LHR that day.

I was terribly disappointed.

Reluctantly, I accepted the airline’s offer of a new flight to Paris leaving the following day. While I was happy to be rebooked, this new flight gave me only about an hour to catch my flight from Paris to my third/final stop on my journey.

Per their policy, the airline gave us weary, stranded travelers the following:

It was windy and cold at the shuttle stops. Add frustration and confusion and you get a chaotic scene! 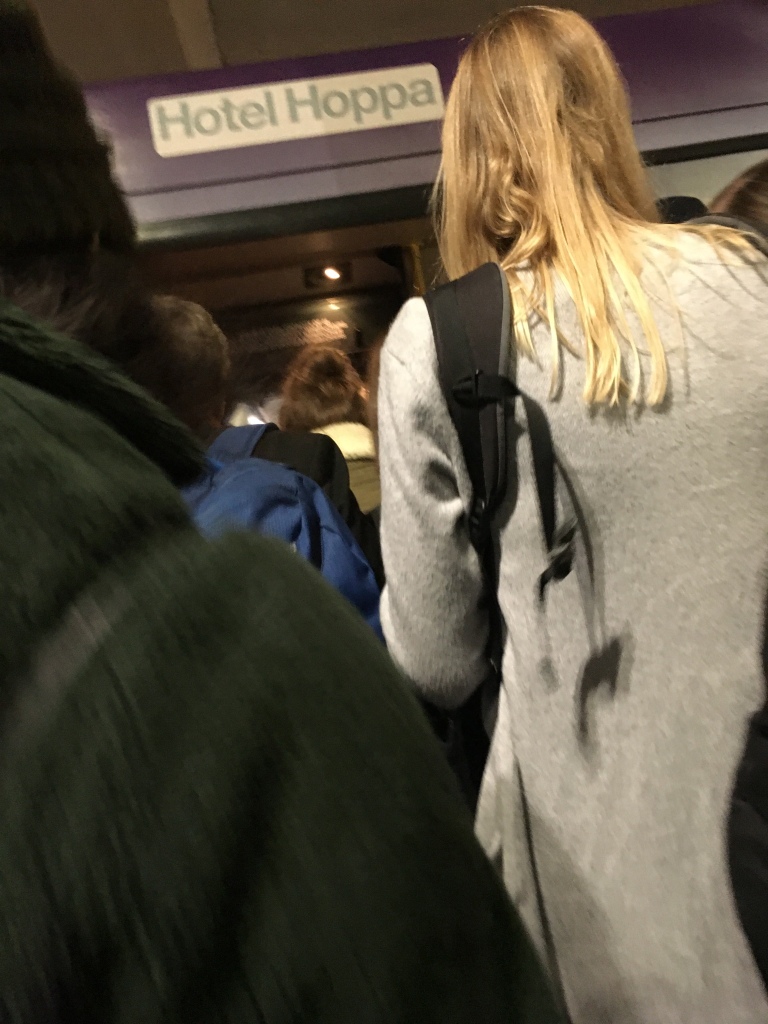 For instance, a few shuttles didn’t stop at their designated spots so people had to sprint back and forth. Some people boarded a shuttle only to be told they were on the wrong one. Still others had to wait for the “next one” as each shuttle filled to capacity quickly.

Eventually, I accepted the fact that my plan to visit Paris (for a few hours, at least) failed.

Perhaps spending a night in London instead was meant to be! Going with the flow, I decided to make the most of my impromptu layover.

*More to come on my layover in London

Thanks for reading. I would love to hear from you: Cancel reply