“Keep calm and carry on”

After my connecting flight to Paris was cancelled due to severe weather conditions, the airline gave passengers hotel accommodations for the night. There were several airport hotels, but to our delight, the airline booked a rather fancy one for my family and me.

Look at the gorgeous chandelier that welcomes guests in the lobby: 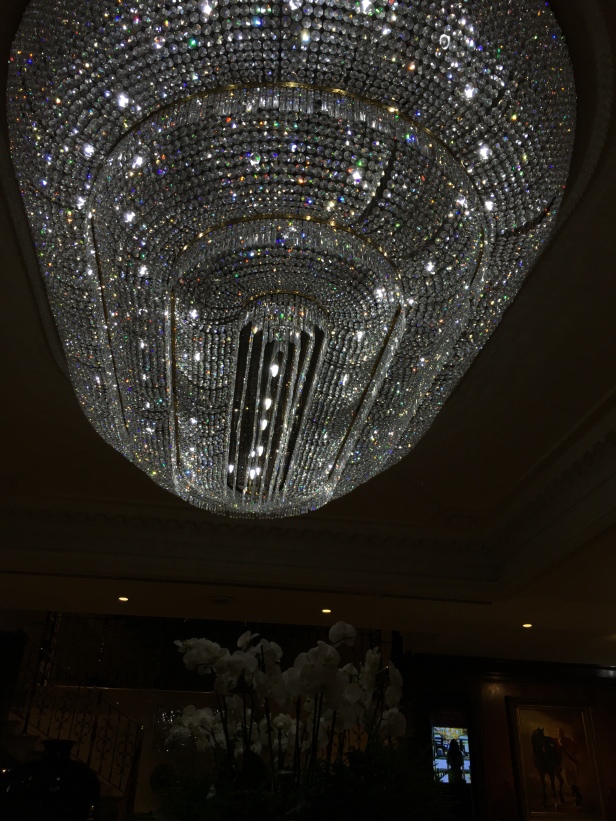 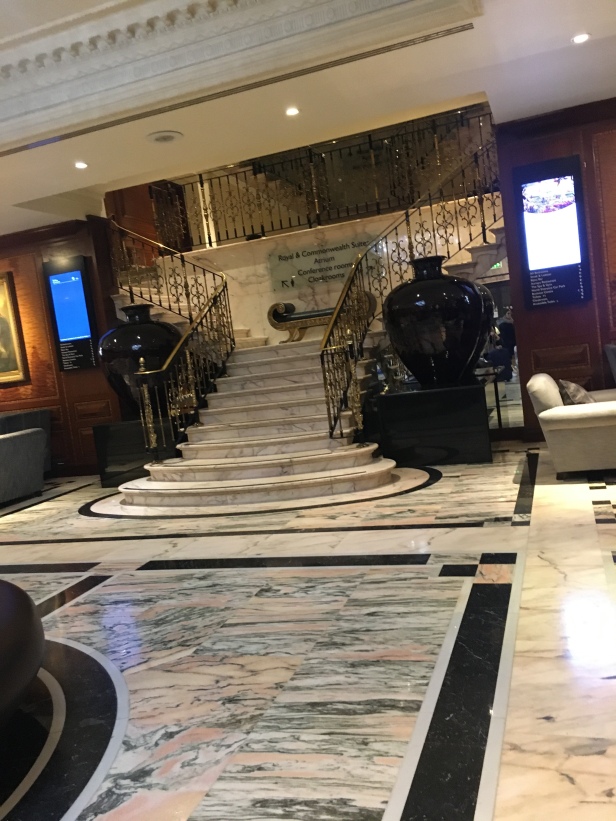 We spent a couple of minutes fumbling in the dark before we read the sign saying you had to insert your door card (room key) in a slot on the wall to make the power sockets and lights work: 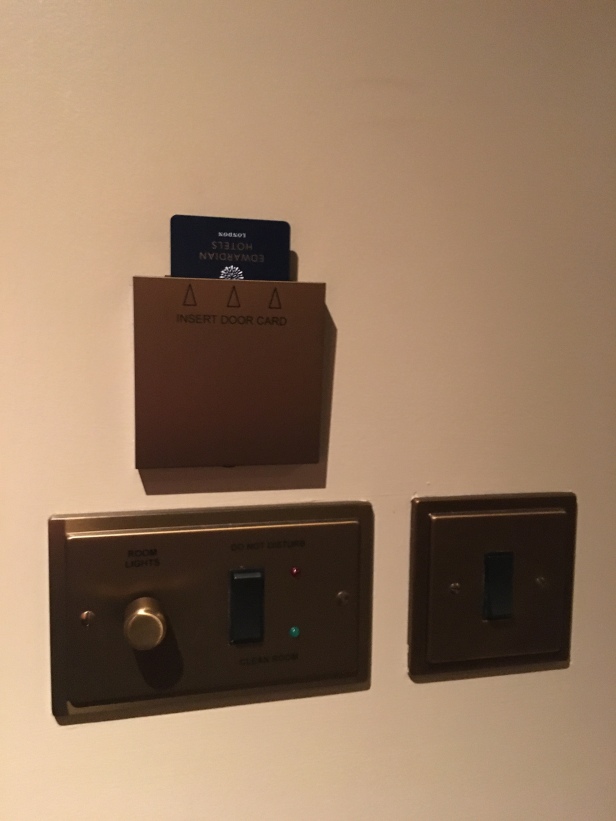 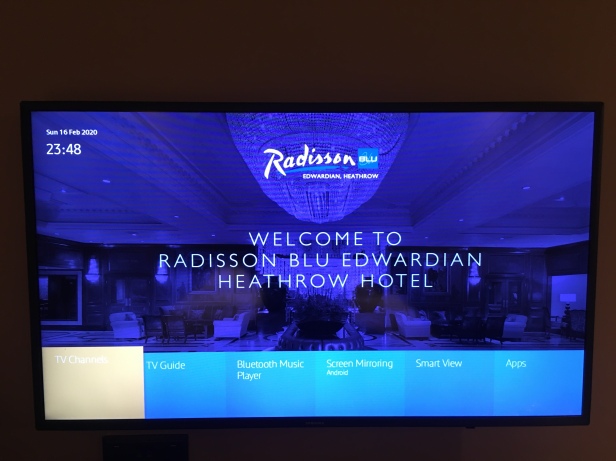 Snacks we bought from Marks & Spencer and Boots in the airport:

Our stay was brief, but it was comfortable.

Like it says on the umbrella tag, the lovely hotel provided shelter from the storm:

After the tasty breakfast, we checked out of the hotel and caught a shuttle back to the airport.

Finally, we were on our way to Paris. Or, were we?

We experienced a 90-minute delay in London. The captain told us that he was not confident to fly due to an earlier issue with one of the instruments. This meant we had to board another plane!

While we waited for the tram to take us to the new aircraft, the captain invited passengers to visit the flight deck of the plane, an Airbus A320! We got to briefly chat with both the captain and first officer!

After we boarded the new plane and got settled in, the captain informed us that the ramps and passenger stairs were stuck and couldn’t be removed from the side of the plane!

About 30 minutes later, we were ready for take off. Finally, we were on our way to Paris, for real.

From there, we’d catch our flight to our third/final stop: Berlin, Germany!

*More to come on our visit to Berlin

9 thoughts on “An Impromptu Layover in London”