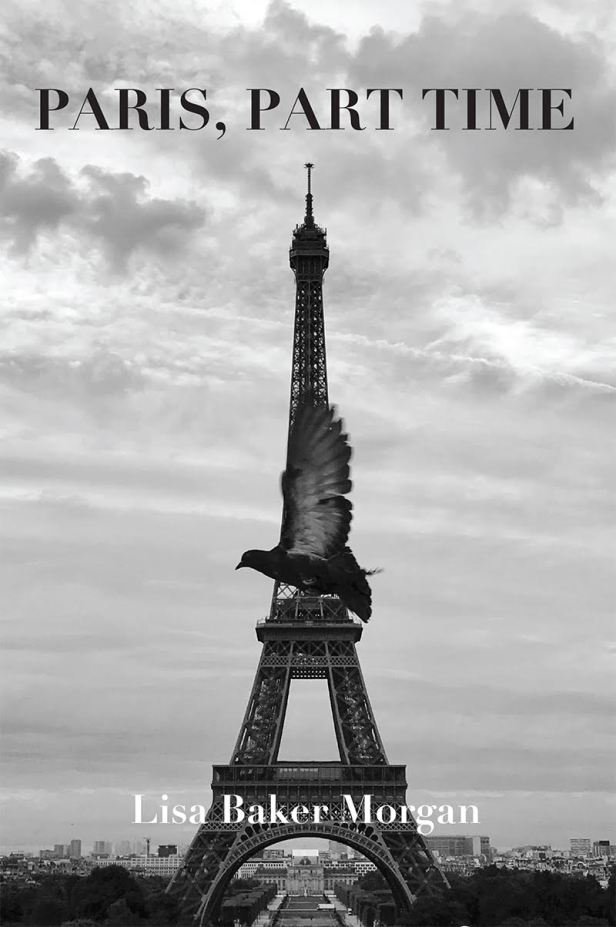 Paris, Part Time will appeal to readers interested in food, parenting, photography, travel, France, and specifically, the process of buying property in Paris!

For author and personal chef, Lisa Baker Morgan, her affinity for France began in her French class at her Southern California high school. She later dreamed of visiting France, but her college classes and job offered little free time for her to travel or take part in study-abroad programs.

But thanks to her father, who gave her a plane ticket as a college graduation gift, Morgan finally got the chance to visit Paris! Soon after, she went to law school and fell in love with a fellow aspiring litigator. Eventually they got married and had two daughters.

After several years, however, the marriage ended. Morgan’s child custody arrangement allowed her to travel to Paris while her daughters were on school breaks and staying with their father in Los Angeles.

During one winter break, Morgan spent the holidays with friends in the south of France. During that trip, she contracted a bacterial infection that required surgery. While recovering in a Monaco hospital and consumed with thoughts of her mortality, Morgan decided to transform her dreams into an active “To-Do” list. At the top of that list were her dreams to become a chef and to move to Paris.

The book moves at an urgent pace illustrating Morgan’s determination to reach her goals. For instance, while her daughters were at school, she attended early morning cooking classes or created new recipes. While she was in France looking at Paris apartments, she took the opportunity to visit other parts of France to do some food research.

On occasion, she would unwind by meeting friends over cocktails or having dinner with a love interest. It seems that meeting new people was easy for her; she became acquainted with well-connected people wherever she went.

Through it all, I found myself cheering her on, much like a supporter on the sidelines handing out cups of water to runners at marathons, which Morgan also likes to run.

While she admits to having moments of doubt and wonders whether she was acting selfishly in pursuit of her dreams, she remained focused and optimistic.

“While it seems I am juggling a thousand things at once – from escrow and raising children on one continent to cultivating contacts and researching food and apartments on another – I know things will come together” (p.79)

Before reading this book, I had no clue about the process of buying property in Paris. The bottom line: learn all about the notaire (notary) process before you start. It’s helpful advice should you ever want to buy your own pied-à-terre in the French capital.

I liked how Morgan provides a realistic view of the process. Things didn’t always go as planned. There were misunderstandings. There were delays. There was even a stubborn lamp that just wouldn’t work, even with fresh lightbulbs! Since she was splitting her time between Los Angeles and Paris, coordinating telephone meetings across time zones made the process extra challenging.

In her writing, you do get the sense of Paris being part time as chapters alternate between her life in Los Angeles and her life in France. Throughout the book, Morgan sprinkles in some French words and expressions, which are followed smoothly by English translations. In addition, she tells time using the AM/PM 12-hour clock system that’s used in the United States.

Furthermore, she employs arrondissement numbers when describing movement from one Parisian district to another. This presumes the reader has prior knowledge of the snail-like configuration of the City of Light. Pas de problème! It’s not a problem, though – just keep a Paris map handy.

In the book’s slower parts, she effectively conveys the sense of calm she feels in certain moments, like shopping for fresh produce then slicing celery, onion, and carrots, or mirepoix, to make a flavor base for soup; tucking her daughters into bed, or folding and packing her daughters’ summer clothes into a suitcase.

Her writing contains beautiful descriptions. When she talks about the dishes she prepares, it makes you wish you had the recipes. Then, as if she’d just read your mind, voilà! The recettes (recipes) appear like tasty hors d’oeuvres in between chapters leaving you wanting more.

The book also features over 100 photographs taken by Morgan. Like the recipes, the black & white and color photographs are in between chapters so you can enjoy them in batches.

The book includes images of her young daughters, food from the marché, and the varied landscapes of the places she’s visited, like the French regions of Alsace, Normandy, Loberon, and Provence. Other French cities she’s traveled to include Gordes, Saint-Jean-Cap-Ferrat, and Colmar.

The takeaway from this gripping memoir is: You must follow your dream – if not now, when?

Lisa Baker Morgan graduated from the University of Southern California with a degree in English literature. She obtained her Juris Doctorate from Southwestern Law School and her culinary degree from Le Cordon Bleu College of Culinary Arts. Today, Morgan continues to divide her time between Paris and Los Angeles. Her eldest daughter will begin college in fall 2020. In 2022, her youngest daughter will follow, and Paris can then be “full-time.”

Visit her website or Amazon to order the book.

Thanks/Merci to Lisa Baker Morgan for giving me a copy of her book, Paris, Part-Time, in exchange for an honest review.