Gyula Halász (1899-1984) was an Hungarian-French artist born in Brassó, Hungary (now Romania). He gave himself the name Brassaï because it means “from Brassó.”

What I found fascinating about his black & white photography, recently featured at the San Francisco Museum of Modern Art, was how Brassaï captured many not-so-pretty parts of Paris in the 1930s.

An example of this is a series of photos that shows the sequence of events that lead to the removal of a dead man’s body from the sidewalk. In an article from The Guardian (July 2000), the photos from “A Man Dies in the Street” were described as having a crime reporting quality to it. 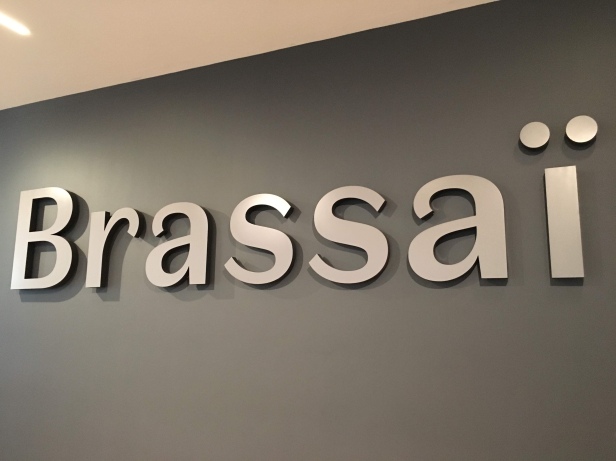 In one of his more lively series featuring nightlife in the French capital, Brassaï cleverly uses the mirror on the wall to capture the people sitting across from the people in the foreground! So simple, but efficient.

Unlike a mirror selfie that shows your phone/camera, you can’t see Brassaï’s camera in the image.

I’ll have to experiment and try that trick the next time I take a big group photo!

Disclosure: It’s my pleasure to spread the word about products and shops that I sincerely enjoy – like the ones listed here! Just a heads-up: if you make a purchase using the affiliate/referral links shown here, I will earn a very small commission at no additional cost to you.

Glossier is an American skincare company committed to creating cruelty-free products that reflect their belief that “beauty should be fun, easy, imperfect, and personal.” Use my link and you’ll get ten percent off your first order:

Le Panier Français is an online marketplace based near Chicago (in Downers Grove, Illinois). They have a passion for traditional French food and strive to provide quality products at budget prices. Use my link and you’ll get ten percent off your order: